The existence of the earth is atstake as the deforestation is leading towards the encroachment of deserts, flood and famine, drought, landslides, earthquake and several other natural calamities. The rainforest comprises 6%of the earth, and with such small but dense existence, it plays the role of lungs of the earth. According to recent researches, it has been proved that deforestation of rainforests has anadverse effect on rainfall of this area and hence brings negative impact all over the world. The scientists have troll the alarm that till 2050, rainfallin the Amazon basin area will be reduced to 21%. Do you know how that will affect you?

A Thorough Study Made by the Scientists

Though there are lots of environmental summits are organized by the UN every year, there are certain groups of people who are only thinking of short time benefit. Deforestation is taking place hugely around the world, and the maximum effect is falling in the rainforest areas of the world. According to NASA, if the current picture of deforestation remains same, within 100 years, there will be nothing as therainforest in this world. The countries where deforestation is becoming a national headache are-

If you check out these countries on a map, you will find these are the areas where rainforest is denser. 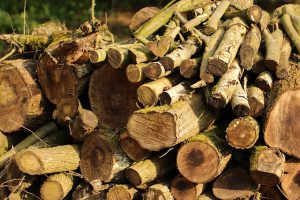 To state it clearly there is no limit of human need and to be precise human greed. Once, human civilization was established by cutting trees down. But, slowly it has become so rapid that people don’t think a bit before cutting down a tree.  According to the reports of the WWF, maximum trees are cutting down illegally for fuel. The common reasons of deforestation are-

The forest provides us so many things that human life is very small to thank it. There are enough resources to use, but people never thought of restoring the resources again. If one tree is cut down for some reasons, two plants must be planted to maintain the balance.

Effects of Deforestation on Environment

Rainforests of the world are the home of myriads animals and plants. Not only that but the human life also dependant on it. But, cutting down trees on excessive rate has severe effects on theenvironment and the entire human civilization of the earth. How deforestation at rain forest is getting alarming?

This is high time to rectify the mistakes and take care of the environment. We definitely don’t want our future generation to suffer for our faults.