Rainforests are such an integral part of our ecosystem; that deforestation affects every single part of the earth. When forests degrade, it can almost be counted as the start of the end of our survival. The rainforests being a major component of the environment is also the home to many species that are still left undiscovered. These forests are environmentally and economically both very important to every species present on this planet. Deforestation is the most common phenomenon of global warming, but they both are interlinked, so it’s an overall degradation.

Almost 70% of the animals and plants are found to be living in these forests due to their suitable climate and available resources. But with the deforestation and increase in the climate changes, many plants have become the part of the extinct species, and now the animals are following too with each passing day. With the extinction of many plants and animals decreases the number of available resources.

Deforestation generally leads to the direct decrease of the wildlife habitat. With the removal of plants and other vegetation,the amount of available food decreases along with shelter and breeding areas. This again results in the death of species that feed on those plants or stay in those shelters.

When a specific habitat is fragmented for human interests, it disturbs the normal system of the animals living in that area. The fragmentation generally results in decrease in the population due to the destruction of the area of breeding. It sometimes might even result in the death of animals e.g. if the fragmentation is done for the construction of railway lines and if an animal wants to meet the other ones and attempts to cross it without the notice of a train coming. 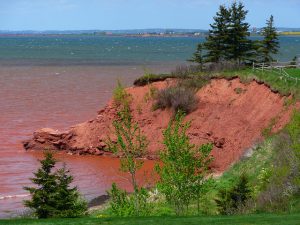 Because the rainforests consume the maximum amount of carbon-dioxide, whenever a single tree is burnt off, ahuge amount of greenhouses gasses are produced. Now, multiplying that amount with a whole forest being burnt down. That certainly results in the contribution for the degradation of the ozone layer, again affecting the normal species.

So, these are some of the major causes and their effects on the endangered species. It should be an alarm to us, that how we are destroying our own selves with each passing day!